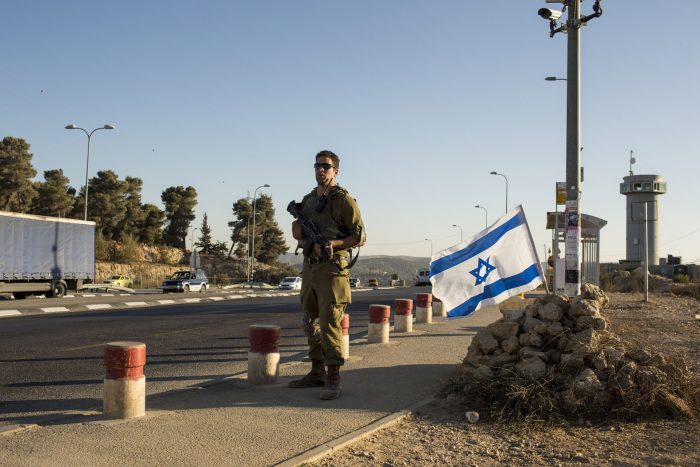 The Holy Road is an interactive web documentary about one of the holiest and most controversial roads in the world: Route 60, the road that stretches through the occupied West Bank. Route 60 begins in the Israeli city of Beer Sheva, passes through Jerusalem and the West Bank and ends back in Israel, in Nazareth. The road is often called ‘the holiest road in the world’ due to the many Christian, Muslim and Jewish holy sites along its 200km length. Others regard Route 60 as the ‘settlers’ road’, that connects illegal settlements in the West Bank.

Join journalist Derk Walters and photographer Dirk-Jan Visser on their journey from south to north; past watchtowers and checkpoints, settlements and refugee camps, and dive into the stories of various individuals who live in this controversial area. How does the occupation look like? What can you actually feel of the continuous conflict and the related restrictions? But most of all: how do people live here? The Holy Road takes the viewer along Route 60, using maps, informative pop-ups and stories of seven residents to draw a picture of life in this contested and confusing region.

The occupation of the West Bank by Israel lasts for half a century in June 2017. The end is nowhere near: the illegal Jewish settlements has continued to expand, even with an increased pace this year. Even though the Israeli government does not consider these settlements as obstacles for peace, the Palestinians suffer under the increasing restrictions. In The Holy Road, we intend to explore what daily life on the West Bank looks like after fifty years of occupation – the daily life of Palestinians as well as of Jewish settlers.

The Holy Road is a project by Dirk-Jan Visser, Derk Walters and Edmée van Rijn and is produced by Eefje Blankevoort / Prospektor