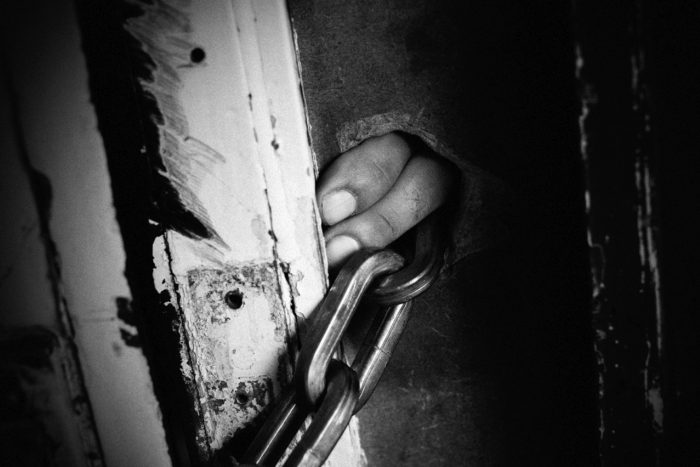 I see no Changes is part of the ‘Status: Undocumented’ project in which I am photographing personal motivations of illegal migration in Europe. I started I see no Changes during my participation in the World Press Photo Joop Swart Masterclass in 2009.

I see no Changes is the story of Fakhredinne, a 28-year-old migrant from Morocco who lives illegally in Brussels. His story runs counter to the popular idea of why people leave home for a better future in another country. In many ways Fakhredinne fits the stereotyped image of an illegal immigrant: a young Moroccan who has come to Europe to build a new life and earn money for his family back home. Nevertheless I do not consider the story of Fakhredinne as only an immigration story. It is a universal story about the consequences of a traumatic childhood, the impact of a family history, which can take place at any time in all cultures. Each individual has his or her own way of coping.

When I met him, he and 650 other migrants were occupying a building and on hunger strike to pressurize the Belgium authorities to push through their cases, but Fakhredinne had been ejected from the building after an episode of uncontrolled behaviour. For a time he lived in a tiny room in a basement near the city centre. Lacking any income, he was sometimes forced to steal for food. It was a big question mark for me why he ever left Morocco.

Fakhredinne’s family say he was unable to cope with the realities at home, traumatized by the divorce of his mother and alcoholic father, and that he even attempted to commit suicide. His mother’s new husband considers him a dropout and a junk, and apparently does not want him to return. Medicines for Crohn’s disease are hard to find in Morocco and prohibitively expensive. One year after our first meeting nothing has changed regarding his status. His living conditions got worse and his addictions increased.