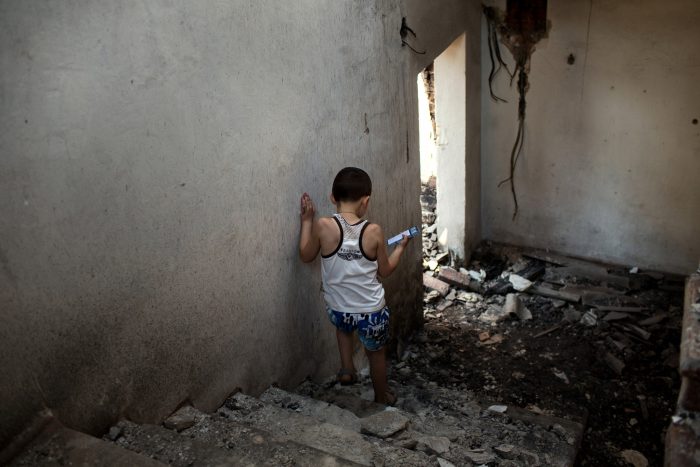 Every day, in a range of different contexts around the world, the use of explosive weapons in populated areas causes immense harm to civilians. Their use in towns and cities in Afghanistan, Iraq, Libya, Palestine, Sudan, Syria, Ukraine and Yemen, amongst others, has resulted in countless civilian casualties, widespread displacement and the destruction of vital infrastructure upon which civilians depend. Too often, civilian casualties and the destruction of civilian homes and livelihoods are generally accepted as ‘collateral damage’

Collateral was commissioned by PAX and OCHA. The booklet is used as lobby tool to call for immediate action to prevent human suffering from the use of explosive weapons in populated areas. Collateral is exhibited in Vienna, New York, during the WHS in Istanbul and at the Humanity House in The Hague.